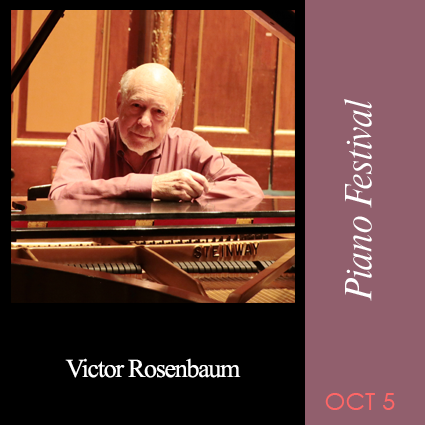 CONCERT CANCELLED DUE TO ILLNESS

Renowned Boston pianist Victor Rosenbaum performs the music of Brahms and Schubert. Tickets go on sale on this website Sept 14. 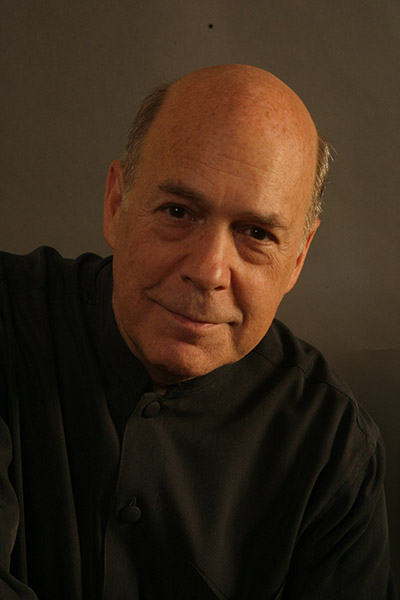 American pianist Victor Rosenbaum has concertized widely as soloist and chamber music performer in the United States, Europe, Asia, Israel, and Russia in such prestigious halls as Tully Hall in New York and the Hermitage in St. Petersburg, Russia.

His highly praised recording of Schubert, which Classical disCDigest described as “a powerful and poignant record of human experience,” is on Bridge Records. The release of the last three Beethoven sonatas on the same label was named by American Record Guide critic Alan Becker as one of the top ten classical recordings of 2005 and Susan Kagan of Fanfare wrote of that disc: “Victor Rosenbaum’s rewarding interpretation can sit proudly among the best.” Two recent recordings on the Fleur de Sonlabel feature music of Schubert and Mozart.

Described by the Boston Globe as “one of those artists who make up for all the drudgery the habitual concertgoer endures in the hopes of finding the real, right thing,” Rosenbaum has collaborated with such artists as Leonard Rose, Paul Katz, Arnold Steinhardt, Robert Mann, Joseph Silverstein, Malcolm Lowe, and the Brentano, Borromeo, and Cleveland String Quartets, among others. Festival appearances have included Tanglewood, the Rockport Chamber Music Festival, Kfar Blum and Tel Hai (in Israel), Yellow Barn, Kneisel Hall (Blue Hill), Musicorda, Masters de Pontlevoy (France), the Heifetz Institute, the International Keyboard Institute and Festival in New York, and the International Music Seminar in Vienna. Concert appearances in recent years have brought him to Chicago, Minneapolis, Tokyo, Beijing, St. Petersburg (Russia), Tel Aviv, Jerusalem, New York and Boston, and other cities.

A student of Elizabeth Brock and Martin Marks in his hometown of Indianapolis, Rosenbaum later studied with Rosina Lhevinne and Leonard Shure while earning degrees at Brandeis and Princeton Universities. Now a renowned teacher himself, Rosenbaum presently serves on the faculty of the Mannes College of Music in New York and the New England Conservatory in Boston, where he formerly chaired the piano and chamber music departments. He has been Visiting Professor of Piano at the Eastman School of Music, a guest teacher at Juilliard, and presents lectures, workshops, and master classes for teachers’ groups and schools both in the U. S. and abroad, including London’s Royal Academy of Music, Royal College of Music, and Guildhall School, the conservatories of St. Petersburg and Moscow, Beijing Central Conservatory, the Toho School in Tokyo and other institutions such as the Menuhin School, and the Jerusalem Music Center. Rosenbaum was Director and President of the Longy School of Music from 1985-2001.