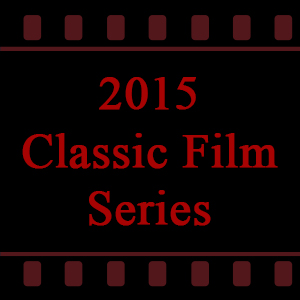 Our 15th season of Classic Films will be presented on the wall-size screen at the Dunaway Center, on the first Sunday of each month at 2 pm, November through May.   (The exception: December film to be shown on Saturday December 5th at 2pm.)   The Committee has chosen an interesting assortment of films: drama, comedy, suspense, mystery, war action, and a musical, to appeal to all preferences.

Admission is free, there is plenty of free parking, and popcorn is served, too! What better way to spend a winter Sunday afternoon? So mark your calendars now for the following dates:

This 1962 drama starring Gregory Peck is considered by many to be the greatest film ever made. It was a huge box office success, won three Academy Awards, and was nominated for a total of eight. In the Depression-era South, a white lawyer, Gregory Peck, defends a black man against an undeserved rape charge. The events are seen through the eyes of the lawyer’s six-year old daughter.

In this prose work by the Welsh poet Dylan Thomas, an old man shares his heartwarming memories of Christmases past with his grandson.

In this 1960 British comedy starring Yul Brynner and Kay Kendall, a London symphony conductor runs into difficulties with his harpist wife, and his mistress. The plot thickens amid the chaotic life of a symphony orchestra, and the music of Franz Liszt, Ludwig van Beethoven, and Richard Wagner.

This Alfred Hitchcock suspense film centers around Marnie’s theft of $10,000 from her employer’s safe, and her subsequent struggles against her own phobias, fears, and blackmail.

The 1963 crime thriller features George C. Scott as a retired British intelligence officer investigating a series of apparently unrelated deaths and the list that ties these crimes together. Suspects include half a dozen Hollywood stars made up to be unrecognizable.

Martin Scorsese chronicles the most legendary night in rock history, a concert by the Canadian-American rock group, The Band, on Thanksgiving Day 1976 at the Winterland Ballroom in San Francisco. Advertised as the Band’s “farewell concert appearance” the band was joined by more than a dozen special guests, including Bob Dylan, Ringo Starr, Neil Diamond, and Eric Clapton.

We’ll see you at the movies!