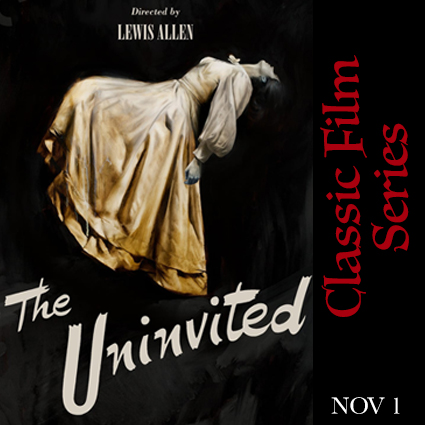 Who doesn’t love a good ghost story? Yet, how many truly memorable movies about the supernatural can you actually name? The Uninvited, is a grade-A 1944 production from Paramount Pictures, not a studio usually associated with horror films. Produced by Charles Brackett (a frequent screenplay collaborator with director Billy Wilder), the film is a handsomely mounted thriller with a first-rate cast, atmospheric cinematography by Charles Lang, Victor Young’s emotionally gripping score (which introduces the song “Stella by Starlight”), and a highly original story that invites Freudian interpretations of the characters while inserting a lesbian subtext and a droll sense of humor. 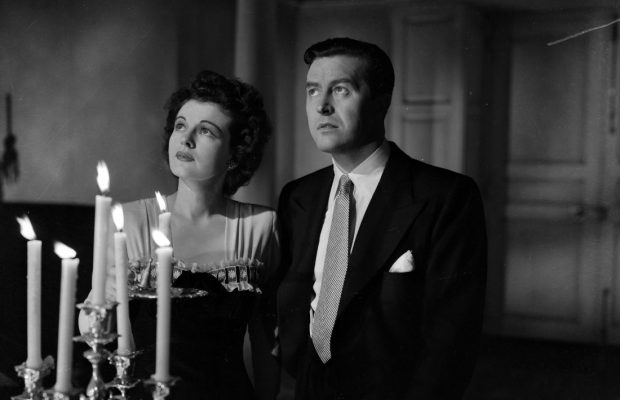 While on holiday, music critic Roderick Fitzgerald (Ray Milland) and his sister Pamela (Ruth Hussey) discover an abandoned mansion on the Cornish coast. With its remote yet breathtaking location on a sea cliff, Windward House completely captivates them with its possibilities; Roderick sees it as an ideal workplace where he can finally devote himself to his true love, composing music. But when they set out to purchase it from its owner Commander Beech (Donald Crisp), they encounter resistance from his granddaughter Stella Meredith (Gail Russell), who has a strong attachment to the house. It is soon learned that Stella’s mother died there under mysterious circumstances. Nevertheless, the sale goes through and Roderick and Pamela move into Windward House – and almost immediately begin to experience strange occurrences. The sound of footsteps and mournful sobbing keeps them awake at night, the dog barks at something no one can see, and the overpowering scent of flowers and unexplained cold waves often permeate rooms, defying any logical explanation. Windward House is obviously haunted but why? Roderick and Pamela

begin to uncover the mystery with the help of Stella whose visits to the house increase the spectral activity and place the young girl in great danger.  While a Freudian reading of the film might have seemed inappropriate during the forties, it’s impossible to ignore now, especially the scenes involving Miss Holloway (Cornelia Otis Skinner), the sinister asylum director, whose obsession with the former Mrs. Meredith is all too clearly spelled out.

While it might have chilled audiences of its era, The Uninvited is not a frightening film by contemporary standards. It is, however, an intriguing mood piece,  subtle and suggestive in its imagery.  Incidents that could easily appear cliched and trite – a seance by candlelight, doors that open and close by themselves, flowers that wilt suddenly in the presence of something evil – convey a genuine sense of the otherworldly.