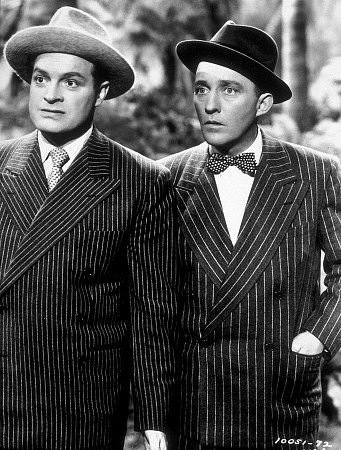 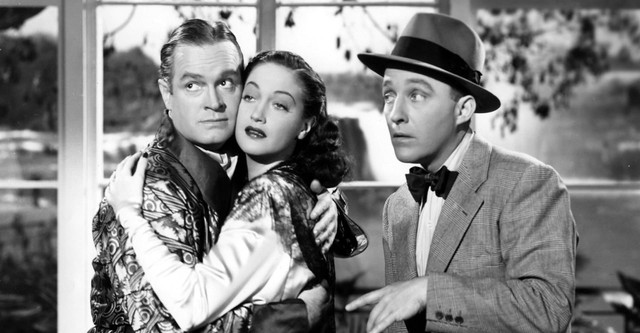 “ROAD TO RIO” is a 1947 American comedy film, the fifth in the “Road to …” series starring Bing Crosby, Bob Hope and Dorothy Lamour.  Directed by Norman Z. McLeod, the film is about two inept vaudevillians who stow away on a Brazilian-bound ocean liner, and foil a plot by a sinister hypnotist (Gale Sondergaard) to marry off her niece (Dorothy Lamour) to a greedy fortune hunter.

Filmed from January to March 1947, the film was financed by Crosby, Hope, and Paramount. It produced $4.5 million in rental income in its initial release period in the United States and was placed sixth in the top-grossing films of 1947. The critics liked it, with The New York Times saying in its review of February 19, 1948, inter alia: “With Bing Crosby and Bob Hope on the tramp again in Road to Rio, recklessly scattering jokes and rescuing perennial girl friend Dorothy Lamour from dangerous hypnotic trances, there’s fun to be had at the Paramount … They are traversing more of a rollercoaster highway than usual this time and … when they reach the top “Road to Rio” is irresistible… ”

Songs by Jimmy Van Heusen and Johnny Burke include “But Beautiful,”  “You Don’t Have to Know the Language,” and “Experience.”