Price Free Admission, Parking and Popcorn!
Burt Lancaster sweeps Katharine Hepburn off her feet in the Western romance drama, based on the stage play. 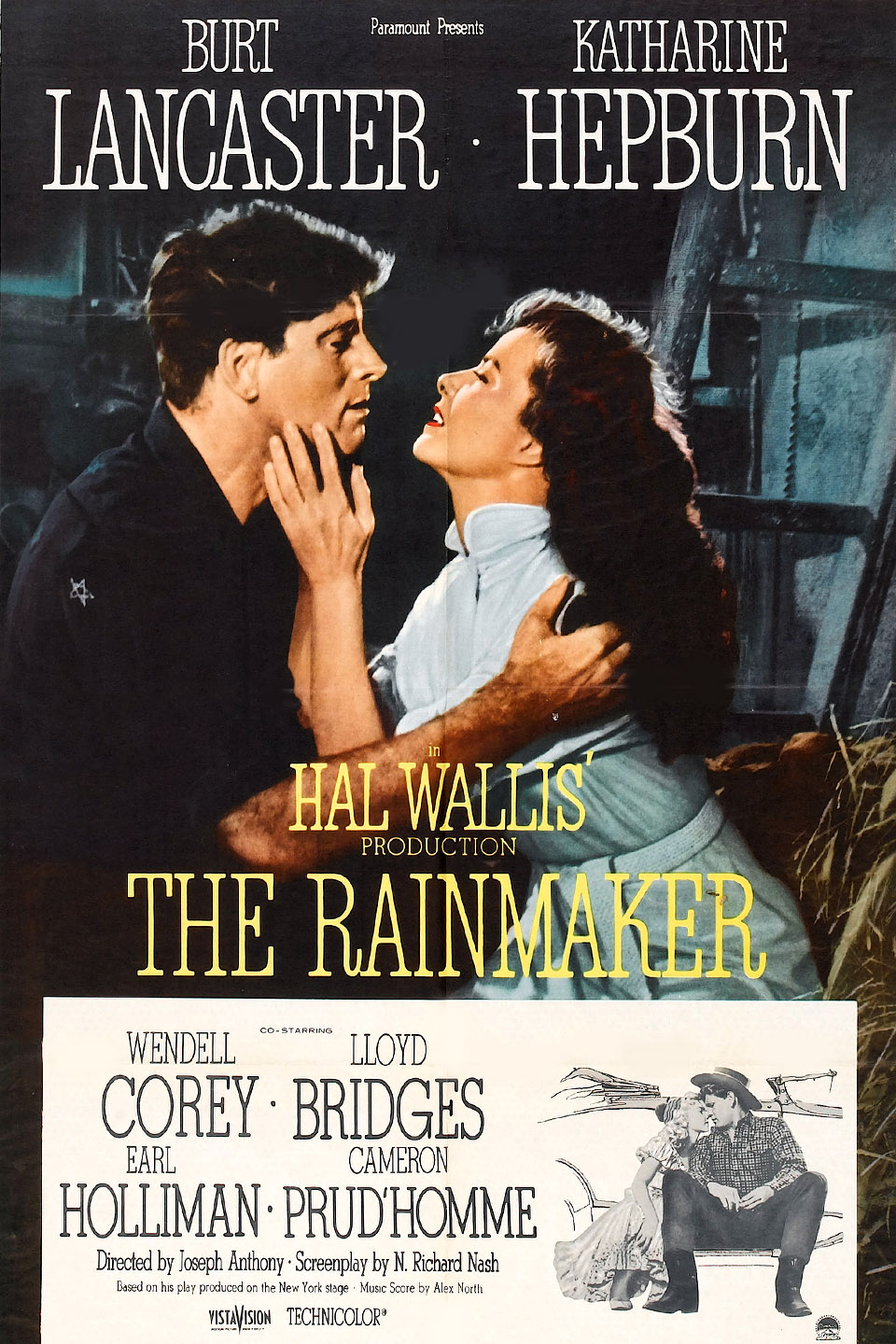 The Rainmaker began as a 1953 teleplay by N. Richard Nash. The next year, Nash turned his story into a Broadway hit, and two years after that the film version was born. It stars Katharine Hepburn as Lizzie Curry, an unhappy spinster living on a drought-stricken, 1913 Kansas farm with her father and two brothers. The only glimmer of romance comes from the town sheriff (Wendell Corey), but he is as shy as Lizzie and seems unable to make a move. Into Lizzie’s life sweeps Starbuck (Burt Lancaster), a slick-talking con artist who promises the townspeople that for 100 bucks, he can make it rain. The scam of bringing rain to the parched land, however, is merely a metaphor for the real substance of this story, in which Starbuck slowly makes Lizzie realize that she is actually a sensuous, desirable woman full of life and confidence.

Viewers will likely find the historically accurate portrayal of women of this period somewhat disconcerting, but the performance of Katherine Hepburn lifts it out of the ordinary, presaging future role change. 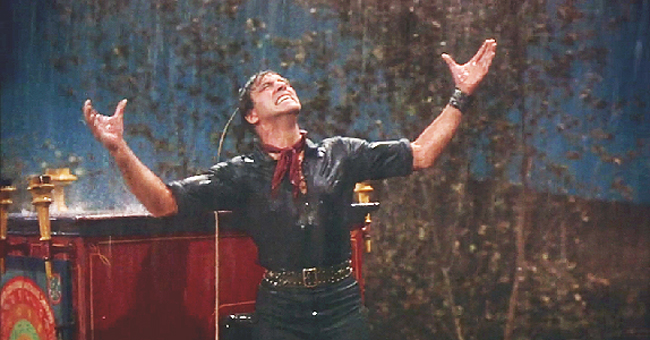