Price Free Admission, Parking, Popcorn
Robert Mitchum returns to his acclaimed and frequent medium of film noir, taking on the role of detective Philip Marlowe and the complications of the Raymond Chandler plot. 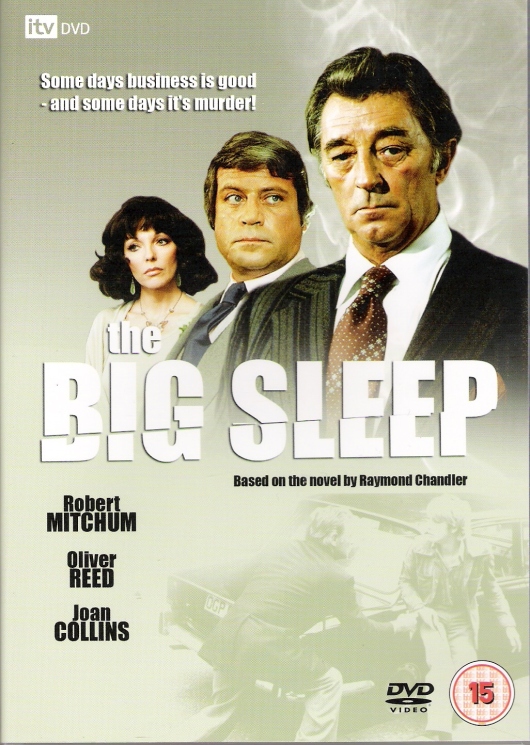 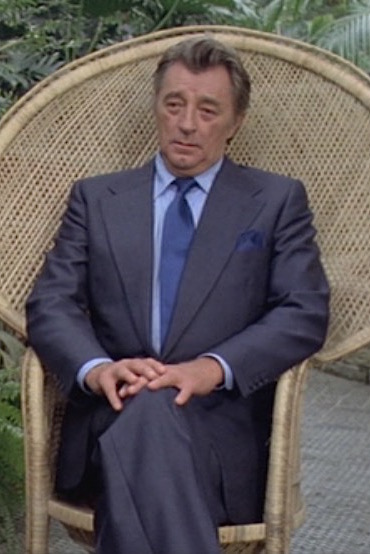 THE BIG SLEEP is a 1978 re-imagining of the Raymond Chandler classic.  Mitchum plays an older Philip Marlowe, now based in London, who  investigates a seemingly routine case of blackmail, but in the process uncovers a more sinister plot which spirals into murder and madness.  (This is Mitchum’s second film portrayal of Philip Marlowe, having played the world-weary detective in 1975’s neo-noir “Farewell My Lovely.”)  The film also stars Sarah Miles, Candy Clark, Joan Collins, and Oliver Reed, with a special appearance by  James Stewart.

The film contains material more explicit than what could only be hinted at in the 1946 version with Bogart and Bacall, and includes much more original dialogue from the Chandler book.  Common to both versions is the notoriously complicated plot.

Philip Marlowe (Robert Mitchum) is asked by the elderly General Sternwood (James Stewart) to investigate an attempt at blackmail on one of his daughters. He soon finds that the attempt is half-hearted at best, and seems to be more connected with the disappearance of the other daughter’s husband, Rusty Regan (David Savile). Rusty’s wife seems unconcerned with his disappearance, further complicating the mystery. Only General Sternwood seems concerned as mobsters and hired killers continue to appear in the path of the investigation.