Price Free Admission, Parking, Popcorn
During World War II, a US Marine corporal (Robert Mitchum) is washed ashore on a Pacific island, only to discover that it is also occupied by a stranded Irish nun (Deborah Kerr). 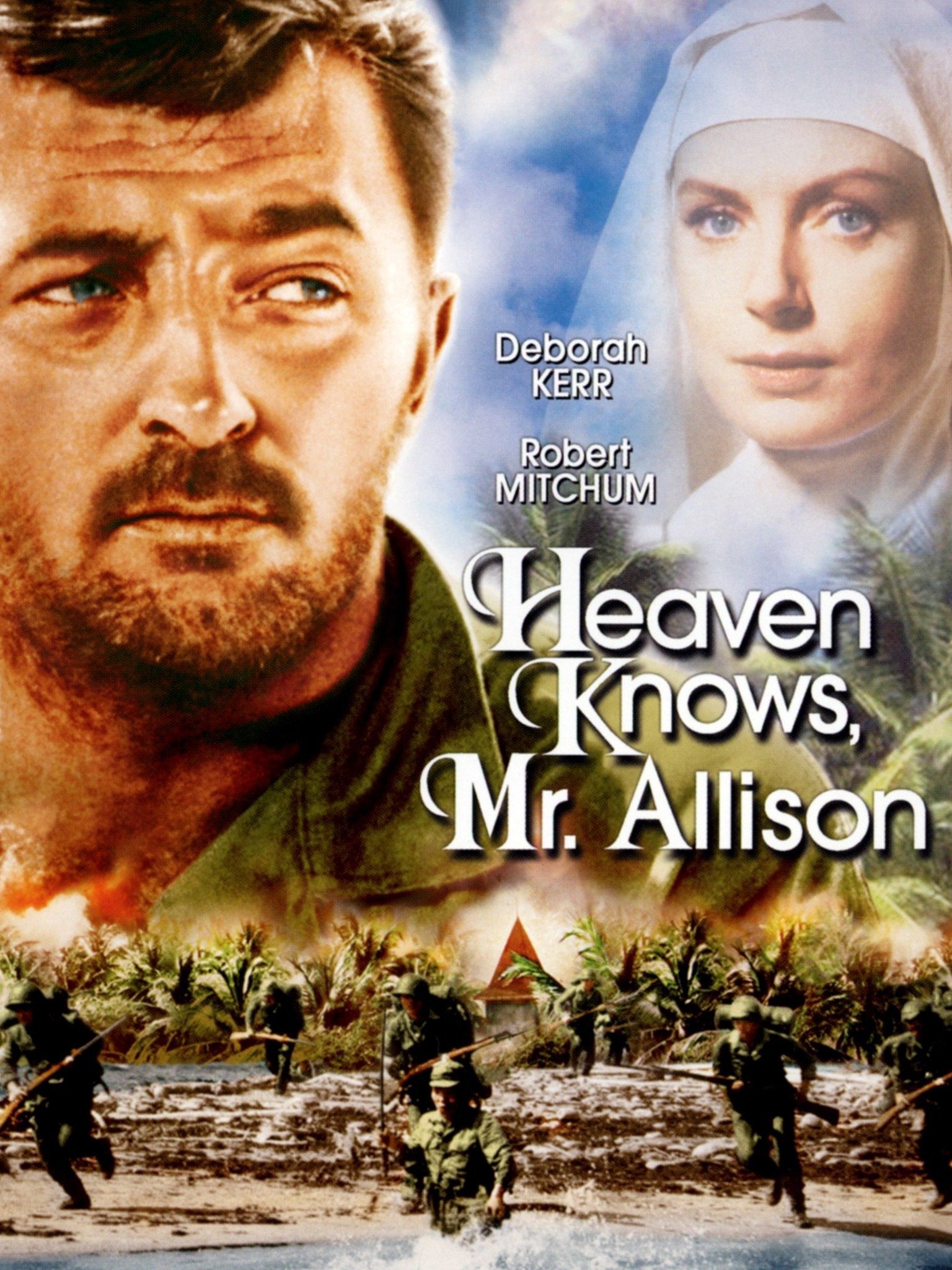 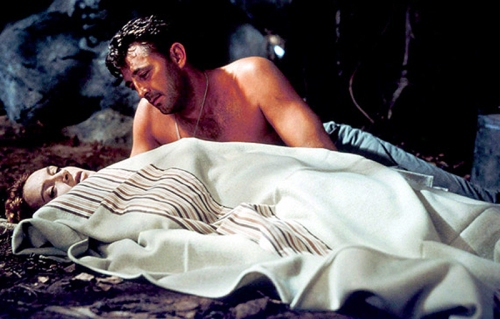 HEAVEN KNOWS, MR. ALLISON (1957) stars Robert Mitchum as an uneducated, self-reliant American marine who finds himself marooned on a Japanese-occupied island during World War II, along with a well-mannered, deeply religious Irish nun (Deborah Kerr) – with whom he forms a deep emotional bond that gradually blossoms into love. The palpable chemistry between Mitchum and Kerr, the marvelous cinematography, and Oscar-nominated screenplay by director John Huston and John Lee Mahin come together in a captivating survival saga that Mitchum would cite as his own personal favorite among his films.  He also would speak of Kerr ever after as his all-time favorite actress.

Deborah Kerr and Robert Mitchum were indeed a magical team.  The actress likened their work together to a perfect doubles pair at tennis.  Getting to know him in those first days on location on the island of Tobago, Kerr recalled finding herself “listening to an extremely sensitive, poetic, extraordinarily interesting man…a perceptive, amusing person with a great gift for telling a story, and possessed of a completely unexpected vast fund of knowledge…Bob was at all times patient, concerned, and completely professional.”

The film was adapted by John Huston and John Lee Mahin from the 1952 novel by Charles Shaw. It was nominated for Academy Awards for Best Actress in a Leading Role (Deborah Kerr) and Best Writing, Screenplay Based on Material from Another Medium.