Price $15 advance/$20 door/ $5 student
International concert pianist Janice Weber returns with a virtuoso program entitled “A Night at the Movies”, a dazzling array of classic themes from classic films including The Birds, Dr. Zhivago, and a special salute to Hamilton! Book online now! 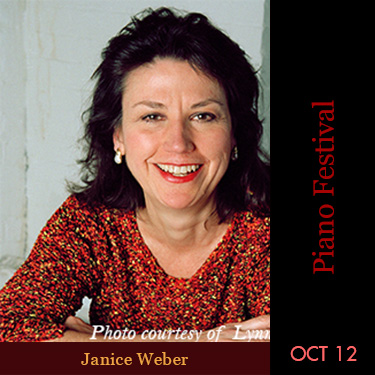 International concert pianist Janice Weber returns to Ogunquit with a virtuoso evening entitled “A Night at the Movies”, offering a dazzling array of classic themes from classic films including The Birds, Dr. Zhivago, and a special salute to Hamilton!

World-class pianist Janice Weber returns for her fourth appearance in Ogunquit, this time bringing with her a dazzling program of Pops Classics associated with a variety of great films. This vivacious performer has a reputation for programing the most exciting and technically challenging selections – which will no doubt apply even to this lighter program!

Her world premiere recording of Liszt’s 1838 Transcendental Etudes elicited acclaim from Time Magazine: “Liszt later simplified these pieces into the still ferociously difficult Transcendental Etudes (1852 version) for fear that no one else could play them. There may now be several fire-eating piano virtuosos who can execute the original notes, but few can liberate the prophetic music they contain as masterfully as Janice Weber does here.”

Ms. Weber recorded Liszt’s last Hungarian Rhapsody, one of only two living pianists to be included in a compendium of historic performances by nineteen legendary artists. This disc subsequently won the International Liszt Prize. 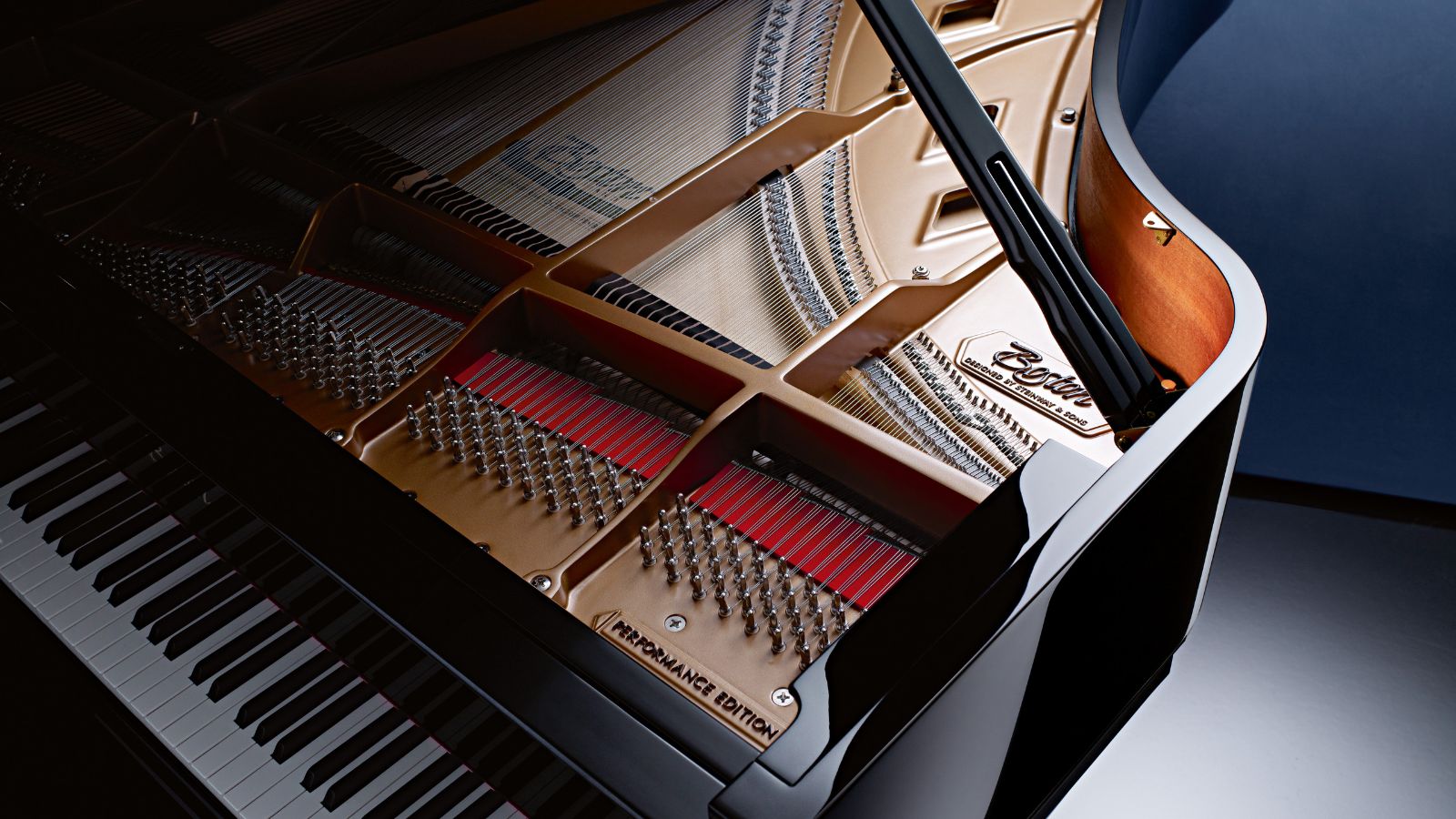 Her recordings also include Rachmaninoff’s complete transcriptions; with the Lydian Quartet, Leo Ornstein’s vast Piano Quintet; flute and piano works of Sigfrid Karg-Elert; and waltz transcriptions of Godowsky, Rosenthal, and Friedman.
Her Naxos recording of Leo Ornstein’s radical works introduced the charismatic composer to a worldwide audience. She is heard in Messiaen’s Quartet for the End of Time on Ongaku Records and her newest disc, Cascade of Roses (Dorian Sono Luminus),features works of twenty-one composers from Adolf Jensen to Billy Mayerl.

Ms. Weber is also a published author. Her novels, most of which have something to do with music, have a worldwide following. She also produced the tones for Ivory, the worldwide bestselling virtual piano software.

She is a Steinway artist.

Our Piano Festival honors the memory of Elizabeth Dunaway Burnham, founder and first chairperson of Ogunquit Performing Arts. A pianist herself, Betty studied, performed and taught piano for most of her life. She also saw to it that OPA acquired its spectacular Steinway Concert Model C Grand Piano, which still remains OPA’s greatest treasure.
Book online now!