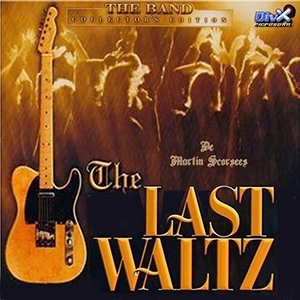 The Last Waltz”, the seventh and last presentation in Ogunquit Performing Arts’ 15th annual Classic Film Series will be shown Sunday afternoon May 1, 2016, 2 pm at the Dunaway Center, 23 School Street in Ogunquit. Admission is free and there is plenty of free parking. Free popcorn, too.

Ogunquit Performing Arts’ seventh and final presentation in the 15th season of the Classic Film Series, “The Last Waltz,” will be shown Sunday May 1, 2016–2 pm at the Dunaway Center, 23 School Street in Ogunquit. The film stars the Band (Rick Danko, Levon Helm, Garth Hudson, Richard Manuel, and Robbie Robertson) + more than a dozen guest performers, titans of the 1970s rock/country music scene. The film will be shown on a full wall-size screen, admission is free, there is plenty of free parking, and popcorn is served, too!

Forget “Woodstock.” Forget “Gimme Shelter” and “Let It Be.” “The Last Waltz” is considered THE greatest rock and roll film ever made. The idea for this farewell concert for The Band came about early in 1976 and was set for the Winterland Ballroom in San Francisco where the band had performed its first concert in 1969. Originally the band was to perform on its own. But then someone suggested inviting Ronnie Hawkins and Bob Dylan and soon the guest list included others famous in the rock & roll scene.

The event was filmed by director Martin Scorsese, a filmmaker who understood both the look and the sound of rock & roll and executed with enough theatrical craft to capture the feel of the live show and made into a documentary that was released in 1978. The film features concert performances, intermittent song renditions shot on a studio soundstage, and interviews by Scorsese with members of the Band.

The date the celebration was set for Thanksgiving evening 1976 and began with the audience of 5,000 served turkey dinners. This was followed by ballroom dancing with music by the Berkeley Promenade Orchestra. Several poets gave readings. The Band started its concert about 9:00 pm playing a dozen of their most popular songs, including Up on Cripple Creek, The Shape I’m In, This Wheel’s on Fire, and The Night They Drove Old Dixie Down. Among guest artist performances that followed:

The Band came out at around 2:15 am to perform an encore, Don’t Do It. This was the last time the group performed under the name of “the Band” with its classic lineup.

Now it was director Martin Scorsese’s turn to take this footage, add music performed on a soundstage and interviews with various performers and turn it into the classic film, “The Last Waltz” which has been hailed as one of the greatest concert films ever made.

Don’t miss this historically significant film about the rock & roll era, “The Last Waltz,” at the Dunaway Center, 23 School Street in Ogunquit on Sunday May 1, 2016 at 2 pm. There’s plenty of free parking. Admission and popcorn are free, too.

As Ogunquit Performing Arts says farewell to another season of classic films, they invite you to join them in their next musical event: York Maine musicians Joyce Andersen and Harvey Reid with the Knotty Pine Boys in concert performing “Sing Me Back Home: 100 Years of Country Duets” at the Dunaway Center on Friday May 20 at 8 pm.