In one of her most famous roles, Katharine Hepburn plays Tracy Lord, the daughter of a well-to-do Pennsylvania family in The Philadelphia Story (1940). 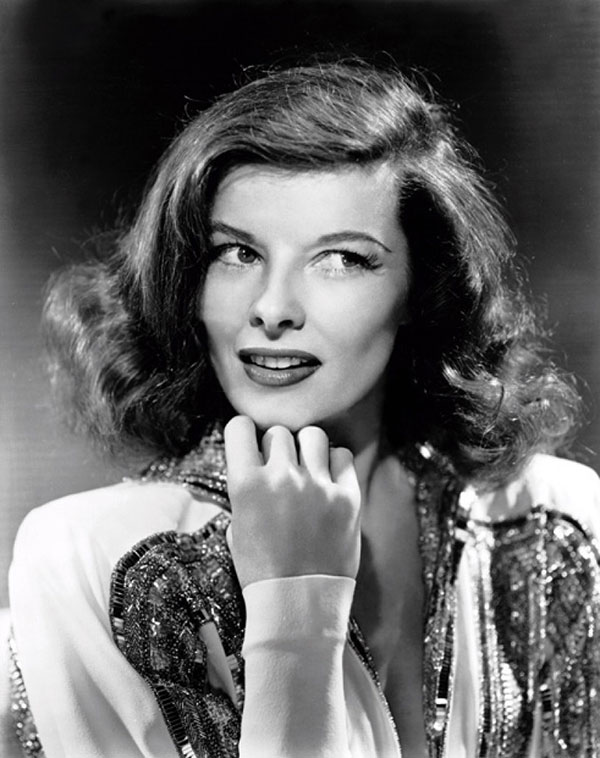 The young socialite is about to embark on a second marriage with George Kittredge (John Howard), a self-made gentleman of wealth, and of very conventional lifestyle. Her first husband was C.K. Dexter Haven (Cary Grant) of inherited wealth, who is both charming and somewhat irresponsible. Nevertheless, Dexter is still devoted to Tracy, enough to make an unexpected appearance at the Lord’s home on the eve of her wedding, to divert the prying eyes of an overly ambitious reporter (James Stewart) assigned to cover the nuptials along with his photographer (Ruth Hussey).

The Philadelphia Story was based on a play by Phillip Barry, who wrote the play specifically for Katharine Hepburn. The actress was delighted with the script and agreed to finance part of the stage production herself. She declined to draw a salary, but did receive a portion of the profits which were significant due to the play’s huge success on Broadway. The play occurred at a critical point in the career of Hepburn, who had been labeled “box office poison” by the Independent Theatre Owners of America after several commercial failures.

Realizing the potential of The Philadelphia Story, Hepburn purchased the motion picture rights to the property and went to Louis B. Mayer, head of MGM, with a deal. She agreed to sell Mayer the rights to the property for the very modest amount of $250,000, in exchange for the authority to select her own director, screenwriter and cast. Thus obtaining control over the production, Hepburn chose George Cukor to direct, and Donald Ogden Stewart to write, – (who was a friend of Philip Barry’s and was a master at preserving an original play’s integrity when adapting it to the screen. He subsequently won the Oscar for Best Screenplay.)

Hepburn offered Cary Grant the role of Dexter, and Grant accepted on two conditions. First, that he receive top billing and second, that he be paid $137,000, a princely sum at the time. Upon receiving his salary, Grant donated the entire amount to the British War Relief Fund.

Hepburn selected James Stewart and Ruth Hussey to play the roles of the reporter and photographer, decisions rewarded when Stewart won the Oscar for Best Actor, and Hussey a nomination for Best Supporting Actress.

When the film was released, it broke previous box office records. It also confirmed that Katharine Hepburn was not only a fine actress but able to deliver a commercial hit. The Philadelphia Story also did well at the Academy Awards® that year. The film earned 6 nominations including Best Picture, Best Director, Best Screenplay, Best Actor, Best Actress and Best Supporting Actress.
With this film, Ogunquit Performing Arts begins its 19th year of providing the Classic Film Series, the first Sunday of each month at 2 pm at the Dunaway Center. Don’t miss this first delightful offering! Free admission, parking and popcorn!