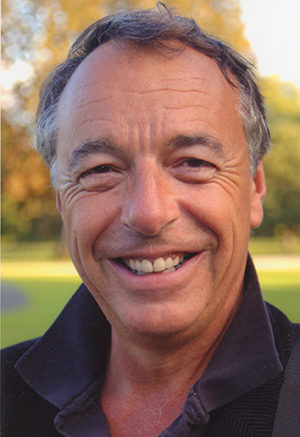 Tickets are now on sale for Tim Sample’s performance at the S. Judson Dunaway Center’s Great Hall, located at 23 School Street, Ogunquit, ME. The show is 8:00 pm, Friday, September 11, 2015. Doors open at 7:30 pm. This event is the major kickoff to Ogunquit Performing Art’s 25th Annual Capriccio, a two-week long ‘Celebration of the Arts’ in Ogunquit, Maine.

When was the last time you got a bunch of friends together and came out to see a live onstage performance? If you can’t remember then it’s been too long. We’d love to see you in the audience and the price is right. Keep in mind that all of Tim’s performances are guaranteed “family friendly”. There’s absolutely no foul language, no angry, mean spirited “jokes”, just a refreshing evening of laughter and fun for all ages.

Tim Sample, the noted Maine humorist, recorded his first comedy album in 1979. Since that start he has released many more albums and videos, written/and or illustrated over a dozen books, and brought Maine and his own brand of humor to the country at large through his 11 years as a regular correspondent on CBS Sunday Morning. “Yep” you might say “but what’s he done lately?”

On July 1st, 2015 Stephen King announced in the New York Times the exclusive release of his new Audiobook “Drunken Fireworks” which Tim narrated in a “flawless Yankee accent” with regionalisms like “rud” for “road” and “pitcher” for “picture”…“I can hear that voice in my head because I’ve been listening to it my whole life,” according to King.

Throughout the summer Tim will be very busy promoting and signing the audiobook along with his ever on-going performance schedule.

Tim’s weekly column “Stories I Never Told You” turned out to be an excellent creative outlet for him and In 2013 it earned a First Place award from the Maine Press Association and in 2014 a collection of columns entitled “Answers to Questions Nobody was Askin’” was published by Down East Books. The audiobook version is in the works. To quote The Reporter of North Conway, NH: “Humorists such as Tim Sample…are doctors of the human soul. These are the ones…who keep our world whole.”

Tickets are $15 when purchased in advance, $18 at the door, and $5 for students, available at: Ogunquit Welcome Center, Ogunquit Camera Shop, and the Dunaway Center, Arts Ogunquit office, 102 Main Street, or online at www.ogunquit.org/shop.php.

OPA is a not-for-profit, tax exempt, all-volunteer committee of the Town of Ogunquit, Maine