The 9th annual Elizabeth Dunaway Burnham Memorial Piano Festival, Friday and Saturday October 9 and 10, 8:00 pm at the Dunaway Center, 23 School Street in Ogunquit, will feature the exotic music of Cuba, Russia, and France, performed by international artists George Lopez and Irina Nuzova on Ogunquit Performing Arts’ Steinway Concert Model C Grand Piano. Tickets for the Lopez and Nuzova performances are $15 in advance, $18 at the door, and $5 for students. Series ticket: $25. Admission is free for the student recital on Sunday October 11 at 3:00 pm, which features the finest of the area’s student pianists.

This year’s Festival contrasts the glorious music of three strikingly different countries and cultures, showcasing the intrinsic allure of Cuba, the grand passion of Russia, and the charming elegance of France.

George Sebastian Lopez will open the Festival on Friday October 9, 2015 at 8 pm with a thrilling program celebrating the music of Cuba. George executes the exotic rhythms and fiery tempos of such composers as Cervantes, LeCuona, and Touzet with the virtuosity and “kaleidoscopic colors” for which he is known. (L. A. Times)   He has appeared across the globe as recitalist, soloist with orchestra, and collaborator, and is currently the Beckwith Artist-in-Residence at Bowdoin College.

These two artists each come from distinguished backgrounds, as international as the music they perform. 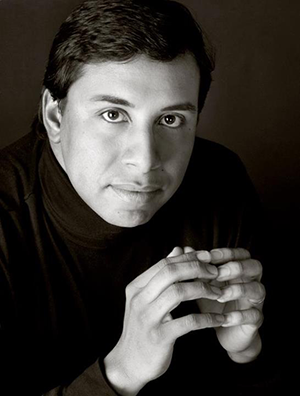 Pianist George Sebastian Lopez will perform the spirited music of Cuba at the opening concert of the Elizabeth Dunaway Burnham Piano Festival Friday October 9, 8 pm at the Dunaway Center in Ogunquit.

Mr. Lopez has been an advocate for music education for many years and is a popular lecturer on the arts in New England. He has given lectures for the European Piano Teachers Association in Amsterdam. He maintains an active studio in New Hampshire at Phillips Exeter Academy. Several of his students have graduated to major conservatories in the United States including Juilliard Prep, Oberlin, Manhattan School, Mannes, and University of Southern California. George Lopez has been featured in countries around the world as soloist, soloist with orchestra, and chamber music performer. 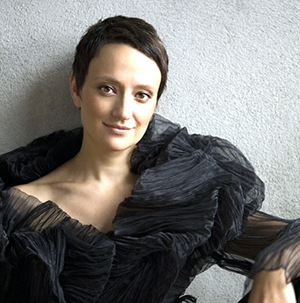 Pianist Irina Nuzova will interpret the passion and grace of Russian and French composers at the Elizabeth Dunaway Burnham Memorial Piano Festival Saturday October 10, 8 pm at the Dunaway Center in Ogunquit.

Irina Nuzova is a native of Moscow, Russia. She made her debut with the Omsk Philharmonic at the age of 14 and has studied at the Gnessin Academy of Music under the guidance of Alexander Satz before moving to the United States. Nuzova continued her musical education at the Manhattan School of Music and Juilliard. She also worked for many years in the cello studio of Harvey Shapiro at Juilliard and pursued individual studies with pianists Jean-Bernard Pommier, Eteri Andjaparidze, and Vladimir Feltsman. She earned her Doctorate of Musical Arts degree from the Hartt School of Music at the University of Hartford, Connecticut.

Ms. Nuzova regularly gives lecture recitals and Master Classes at schools and other public institutions and was recently appointed a piano faculty member at the Special Music School in New York. For the past two summers she has taught and performed at the Interharmony International Music Festival and has served as a jury panelist at the NJ Young Concert Pianist Competition. She is a member of the Camerata Phillips, an ensemble in residence at the Phillips Collection Gallery in Washington, D.C

The popular concluding concert of the Festival is the Student Recital on Sunday October 11 at 3 pm. Admission is free. It is here that talented local students have the opportunity to perform on a first-class piano (OPA’s Steinway Concert Model C Grand Piano) in front of a live audience. Audiences in the past have marveled at the quality and talent of the student performers.

The Festival was created to honor the memory of Elizabeth Dunaway Burnham, daughter of the Dunaway Center’s founder, S. Judson Dunaway. Betty was a pianist and piano teacher and one of the founding members of Ogunquit Performing Arts and was responsible for OPA’s acquisition of the Steinway piano. Receptions to meet the artists follow each of the performances!

Not to be missed: the 9th annual Elizabeth Dunaway Burnham Memorial Piano Festival

Friday and Saturday October 9 and 10, 2015 at 8:00 pm at the Dunaway Center, 23 School Street in Ogunquit, featuring pianists George Lopez and Irina Nuzova. Tickets for the Lopez and Nuzova performances are $15 in advance, $18 at the door, and $5 for students. Series ticket: $25. Admission is free for the student recital on Sunday October 11 at 3:00 pm.