Ogunquit Performing Arts’ 19th Annual Classic Film Series continues on Sunday, February 2, 2020 at 2 pm with one of Bette Davis’ finest performances in “All About Eve” at the Dunaway Center Free Admission, Parking and Popcorn! 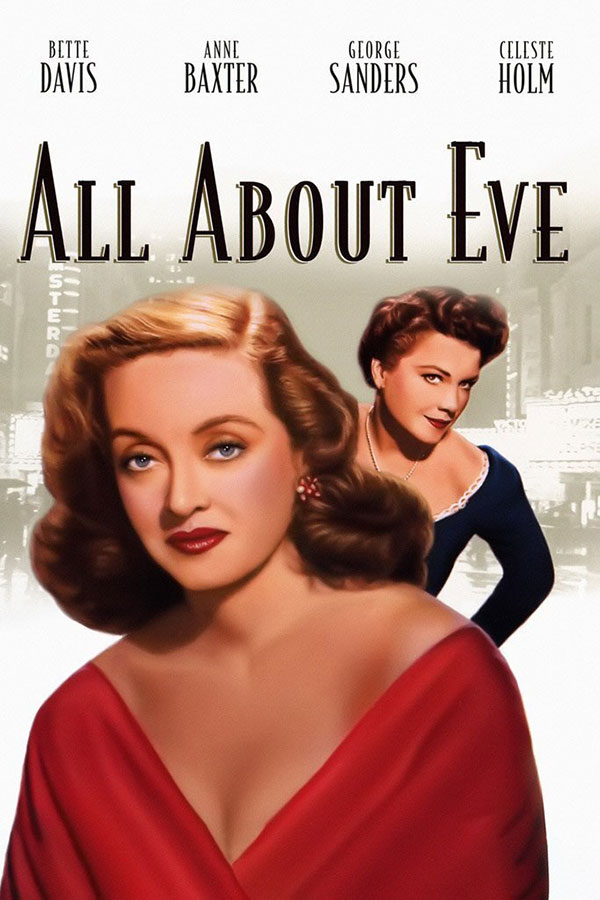 “All About Eve” is a 1950 American drama film written and directed by Joseph L. Mankiewicz and produced by Darryl F. Zanuck, It was based on the 1946 short story “The Wisdom of Eve” by Mary Orr. It is considered by many to be the greatest film ever made about the theater and the sometimes backstabbing behind-the-scenes world of show business. It remains as vital and fresh today as it did in 1950.

The Academy Award-winning script by Joseph L. Mankiewicz is still considered one of the best screenplays ever written. It features some of the wittiest dialogue, most vivid multi-dimensional characters and most memorable lines ever to appear on film.
Bette Davis was a last minute choice to play Margo Channing, replacing the already signed Claudette Colbert who suffered a back injury leaving her unable to do “All About Eve.” The role of Margo fit Davis like a glove and became one of the most definitive performances of her career, perhaps more closely associated with Davis than any other role.

The success of “All About Eve” completely resurrected Davis’ faltering career. Like Margo, the legendary actress was slipping into the film purgatory of middle age and was finding it increasingly difficult to find good parts. The role helped her transition into the meaty character parts of her later career that kept her working well into her 80s. Davis remained forever grateful to director Joseph L. Mankiewicz for “resurrecting her from the dead.”

As soon as word of her casting got out, Mankiewicz got calls from directors who had worked with Davis warning him that she would try to take over the picture. The one exception was William Wyler — who had directed her in “Jezebel” (1938), “The Letter” (1940), and “The Little Foxes” (1941). He congratulated Mankiewicz on his good fortune and assured him that he’d enjoy working with her, a prediction that proved correct.

20th Century-Fox set a record of fourteen Oscar® nominations with “All About Eve” that has been matched (by “Titanic” in 1997) but never beaten. Greeted with almost universal acclaim on its initial release, the film has become a classic whose lines, characters and story elements are now firmly entrenched in popular culture.

Please join us for this witty, riveting drama on Sunday afternoon, February 2nd, at 2 pm at the Dunaway Center, 23 School Street, in Ogunquit. And don’t forget to “fasten your seatbelts – it’s going to be a bumpy night!” The film is shown on a full wall-size screen; admission, parking, and popcorn are free.
FMI: www.ogunquitperformingarts.org