OPA celebrates 25 years of Chamber Music with its 25th Annual Chamber Music Festival, Friday June 7 and Friday June 14 at 7:30 pm. The first concert will take place at the Dunaway Center, 23 School Street, Ogunquit; the second concert will be at the Barn Gallery, Bourne Lane at Shore Road, Ogunquit. Free parking is available for ticketed concert-goers behind the Dunaway Center and at the Barn Gallery. 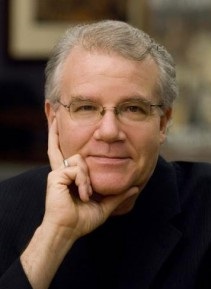 Since its inception, the Chamber Music Festival has been the concluding event of OPA’s performance season, and has always been a very special occasion. Almost from the beginning, the first concert of the Festival has been devoted to the performance of a chamber group of Boston-based musicians called Boston Chamber Music, assembled especially for this one concert by master clarinetist Thomas Hill.

Mr. Hill retired as a performing musician last year, but OPA is now delighted to announce that Boston Chamber Music will continue to open the Festival every year. Renowned cellist Bruce Coppock has taken over direction of the group, and will continue to personally select musicians from the Boston area each year to provide a special concert absolutely unique to Ogunquit.

On Friday, June 7, 7:30 pm at the Dunaway Center, Boston Chamber Music will play wonderful works by Beethoven, Debussy and Brahms. Mr. Coppock will be joined by violinist Matthew Vera and pianist Randall Hodgkinson. Thomas Hill, now a member of OPA’s Advisory Committee, will be in the audience, and a champagne reception will follow the performance.

The following Friday June 14, 7:30 pm in the beautiful setting of the Barn Gallery, Portland’s ChoralArt Camerata will appear for the first time in Ogunquit. One of the three ensembles comprising the highly acclaimed ChoralArt organization, the very selective Camerata is comprised of 14 singers and presents a wide range of a cappella repertoire from Renaissance to modern, including music of various other ethnicities. ChoralArt performs annually with the Portland Symphony Orchestra and in special concerts with the Kotzschmar Organ in Merrill Auditorium.

The Camerata will perform an entrancing program of Sacred and Secular Songs for Spring. The program will include beautiful sacred songs, spirituals, madrigals, love songs, and folk songs. A champagne reception will follow the performance.

In his earlier career, Coppock served as principal cellist of the Handel & Haydn Society, as a member of the Boston Musica Viva and played regularly in the Boston Symphony Orchestra. Coppock co-founded the Boston Chamber Music Society.

Violinist Matthew Vera, is known for his versatility as a soloist, chamber musician, and orchestral leader. Currently a masters student at the New England Conservatory, Matthew also enjoys a freelance career in the Boston area. Matthew has been a member of the Boston Philharmonic’s first violin section since 2010. He recently stepped in on short notice to play the famous violin solos in Ein Heldenleben at Boston Philhamonic concerts to widespread acclaim.

Randall Hodgkinson achieved recognition as a winner of the International American Music Competition for pianists sponsored by the Rockefeller Foundation. He has appeared frequently as soloist and chamber music artist in festivals throughout the United States, and as a featured soloist with major orchestras including those of Philadelphia, Atlanta, Buffalo, the American Symphony, the Orchestra of Illinois, and abroad in Italy and Iceland. His solo debut with the Boston Symphony Orchestra was presented both in Boston and at Carnegie Hall.

Portland’s ChoralArt Camerata debuts with Ogunquit Performing Arts in a concert of Sacred and Secular Songs for Spring on Friday, June 14, 2019 at 7:30 pm at the Barn Gallery, Bourne Lane at Shore Road, Ogunquit.

Founded in 1972 by singers committed to excellence in choral performance, ChoralArt comprises three ensembles: a symphonic ChoralArt Masterworks, a 50-voice ChoralArt Singers, and the a cappella ChoralArt Camerata. All three auditioned ensembles perform to high artistic standards under the direction of Dr. Robert Russell.

Music Director Robert Russell joined ChoralArt in 1979 at the time he was named assistant professor and director of choral music at the University of Southern Maine. . He retired from USM in 2015 and is devoting his current musical energies to ChoralArt and to guest appearances.

For many aficionados of choral music, there is nothing more sumptuous than a cappella singing: the unadorned human voice superbly tuned in a small ensemble. The Camerata sings two concerts annually on the ChoralArt subscription series: an Epiphany Celebration, inaugurated in 2008, explores the abundance of choral repertory that embraces the wonder, curiosity and joy of the holiday season; SpringSong, launched in 2016, balances sublime sacred counterpoint from 16th and 18th century composers with secular madrigals, art songs and folk music.
Don’t miss these two unforgettable performances in Ogunquit! Enjoy champagne receptions to meet the artists, and free parking behind the venues.

TICKETS are $15 in advance; $20 at the door; $5 student; and may be purchased at the Barn Gallery, Dunaway Center, Ogunquit Camera Shop, Ogunquit Playhouse Downtown Box Office, and Ogunquit Welcome Center, OR ONLINE at www.ogunquitperformingarts.org.