Ogunquit Performing Arts’ 23rd annual Chamber Music Festival, Friday, June 9 and Friday, June 16, at 8:00 pm at the Dunaway Center, 23 School Street in Ogunquit, will feature the music of Beethoven, Brahms, Dvorak, Fauré, and Smetana, performed by two renowned chamber ensembles, Boston Chamber Music and Cascabel Trio. Receptions to meet the artists will follow the performances. Tickets are $18 in advance, $20 at the door, and $5 for students. Series ticket: $30.

This year’s festival begins on Friday, June 9th, with Ogunquit’s favorite Boston Chamber Music, returning for its 21st year of opening the Festival. Clarinetist and Artistic Director Thomas Hill continues to bring together the finest ensembles especially selected for this concert, which this year will feature clarinet, ‘cello and piano, performing the works of Beethoven, Brahms and Fauré. 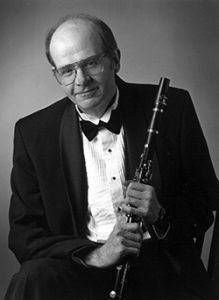 Thomas Hill, Principal Clarinetist of The Boston Philharmonic from 1992 to 2015, has also been clarinetist of the acclaimed Boston Chamber Music Society since 1983. He has appeared on innumerable concert and festival series, and has been widely engaged as soloist and ensemble performer under a variety of auspices since the beginning of his career in New York and Los Angeles; 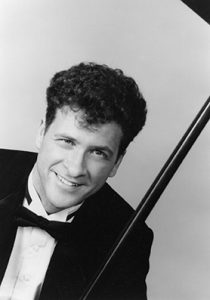 Randall Hodgkinson, Pianist, is winner of the International American Music Competition for pianists sponsored by the Rockefeller Foundation and soloist and chamber music artist in festivals throughout the United States and Europe. He has received acclaim and praise for his recordings on various labels. Mr. Hodgkinson studied at The Curtis Institute and the New England Conservatory and Wellesley College.

Bruce Coppock has enjoyed a long musical career as performer, teacher and management executive. Coppock served as principal cellist of the Handel & Haydn Society, as a member of the Boston Musica Viva and played regularly in the Boston Symphony Orchestra. Coppock co-founded the Boston Chamber Music Society. He served twice as president & managing director of the Saint Paul Chamber Orchestra, was deputy director of Carnegie Hall and exec director of the Saint Louis Symphony. 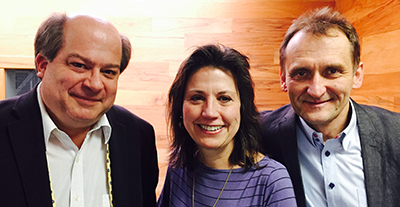 Several years ago, on a winter evening over a few glasses of wine, three wildly overbooked Boston musicians, a violinst, ‘cellilst, and pianist, formed Cascabel Trio. Naming themselves after a notoriously hot pepper seemed fitting, and they have been warming audiences ever since with their lyricism, virtuosity, and heat. Their program will include trios by Loeillet, Smetana and Dvorak.

The engaging Cascabel Trio performing at the Dunaway Center on Friday June 16th at 8:00 pm features:

Piotr Buczek, violinist, has performed throughout Europe, Asia, and the Americas. Mr. Buczek appears regularly with the Boston Modern Orchestra Project and the South Coast Chamber Players. He was assistant to Ralph Evans of the Fine Arts Quartet in Milwaukee and has worked with Pinchas Zukerman, Yo Yo Ma, Ursula Oppens, and Shlomo Mintz. While at the University of Maryland, he worked with Arnold Steinhardt and John Daley of the Guarneri Quartet.

Timothy Roberts, ‘cellist, is an active chamber musician, teacher, and orchestral player who tours nationally and internationally in addition to his numerous appearances throughout New England. He has performed with the Smithsonian Chamber Players in New York and Washington DC and recorded with them for Deutsche Harmonia Mundi. He has toured with the Brandenburg Ensemble, with the contemporary group Alea III to Greece, and with the New England Ragtime Ensemble under Gunther Schuller. He plays a Gabrielli cello from Florence, made in 1751.

Tickets are: $18 advance sale, $20 at the door, and $5 for students. Series ticket for both performances is $30. Tickets are available from the Dunaway Center, Ogunquit Camera Shop, Ogunquit Playhouse Downtown Box Office, and Ogunquit Welcome Center, until 24 hours prior to the concert. Tickets are also available online through OPA’s secure ticket system: Boston Chamber Music Tickets and Cascabel Trio Tickets